Ken Martin: The Man Who Can Turn His Hand to Anything 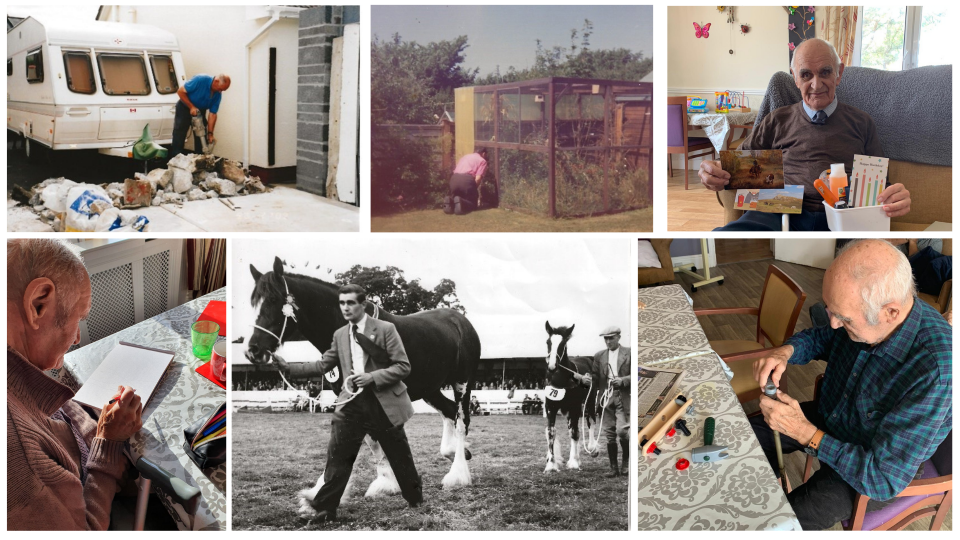 Jack of All Trades

Kenneth Martin, or Ken as he is known to those who know him, has a gift. His gift is his handcraft.

He can turn his hand to anything – bricklaying, painting, tiling, all kinds of decorating, woodwork, plumbing and basic electrics. Wherever his family lived, Ken designed and created beautiful furniture, extensions, and even whole bungalows!

Living at Heanton Nursing Home, near Barnstaple, you will often find Ken with a tool in his hand searching for his next project to improve his home.

Ken’s enthusiasm for building, woodworking and plumbing started at his childhood home. His father paved the way for a lifelong enthusiasm for the creative. 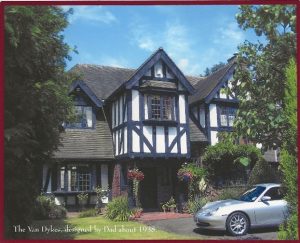 One of the homes designed by Ken’s father.

Born on the 23rd of May 1930, Ken started life in Wombourne, Staffordshire, Kenneth Martin was the eldest of four boys.

Ken was very much his father’s son. Having grown up in two beautiful houses designed by his father, his inspirational surroundings led him to working at the builders’ merchants where his father was the General Manager.

Shortly after however, in 1945, his mum and dad moved to a small farm. To enable the family to profitably run the farm, Ken undertook a year’s training at Rodbaston Farming College, living in students’ accommodation.

Ken spent the next few years working at various farms. One of his passions was the shire horses and he attended local events, presenting show horses to admiring crowds.

At the age of 18 Ken met the love of his life Sheila at the local farming auction in Penkridge (which was situated near Rodbaston College). Four years later in 1952 they tied the knot, promising their lives to each other. After four years of married bliss, they welcomed their first-born Garry into the world who was then later joined by their daughter Jacqueline, in 1961 to complete their family.

Sheila was also from a farming family in Gailey and when her father sadly passed, she and Ken were left a cottage with four acres of land. After Ken spent time modernising the cottage, the local council placed a compulsory purchase order on the property as they wanted to widen the main road that passed by it.

Undeterred by the local bureaucracy, Ken decided to build a bungalow further back from the road on the field. He followed in his father’s footsteps, designing and building the whole bungalow. The only trade he had someone in to assist him with was the electrics.

Turning a Holiday Destination into a Home

In 1972, Ken, Sheila, and children moved to Croyde, North Devon. They had enjoyed holidays in North Devon for many years, and after friends from the West Midlands moved to the area, they had their own community of friends surrounding them. 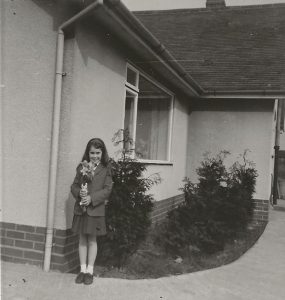 Ken enjoyed woodwork when he had any spare time and made many wonderful items, including a corner dresser, a beautiful chest, TV stand, numerous tables and magazine racks, clocks, smaller items such as lamps, bowls, lighters, fireplaces, the list is endless.

Much like the shared enthusiasm for building with his father, Ken had passed his passion for equine onto his daughter. Fuelling this enthusiasm, him and Sheila bought a pony for Jacqueline when she was a teenager. Ken combined his two enthusiasm to build a stable within the field that they had rented for the pony. This wasn’t the only animal sanctuary, he raised having built an aviary onto a shed for his finches that he enjoyed at the one property in Croyde.

Aged 64, newly retired from work, both Ken and Sheila decided to move to a small bungalow in Braunton. Of course, Ken replaced everything in the bungalow and not satisfied with just working on a new kitchen, he decided to build a new bathroom, installed the central heating himself, totally redecorated the whole bungalow, levelled the back garden whilst building a small patio truly making the home his own.

Ken’s passions and past occupations are still very evident today at Heanton Nursing Home where he now lives with a dementia. The familiar feel of tools that have played such an important role throughout Ken’s life in his hands can create a sense of purpose and positive feelings of comfort and belonging.

Images of Ken revisiting his past workmanship, handling tools at the home can be found on the homes’ Facebook page. These amazing pictures drew comments from relatives reminiscing of Ken’s building and woodwork skills from past years, all of whom are great admirers of his work.

Ken’s handcraft continues to bring both he and others enjoyment. Fair few people have turned their hands to DIY so broadly with such success. 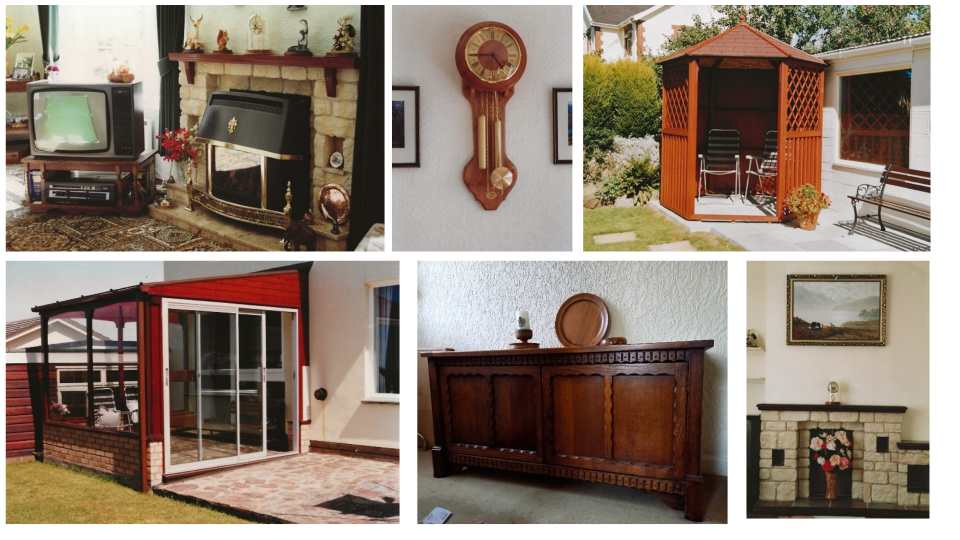