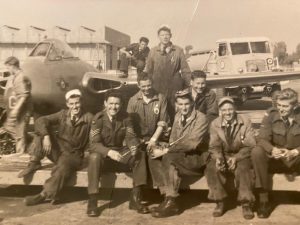 A Day of Remembrance

11th November marks a Day of Remembrance, as the country remembers the contributions of all servicemen and women who have fallen in wars for our freedom. Clive Blackman, who lives at Heanton Nursing Home, saw service in the Suez crisis in the Royal Air Force (RAF).

Clive was born on the 22nd of March 1933 and became the eldest of five children. As his father was serving in the military and away for long periods he was expected as the oldest to look after his siblings and the family home.

He 1953 he decided it was time to fly the nest and soar high in the sky, as he decided to join the RAF aged 20, following in his father’s military service footsteps. He signed up under the national service scheme for five years in total.

After completing his basic training, he trained as a weapons armourer in the 6th Squadron. He worked mainly on small arms rifles; Lee Enfield 303’s, Bren guns, Sten guns and his commanding officer’s shotguns.

Clive was also responsible for repairing and maintaining heavier weaponry on the RAF’s aircraft such as the 3030 Browning’s, 30mm Canons to 40mm Rockets and Bombs. Most of Clive’s military service came in the Middle East, Egypt and Jordan. 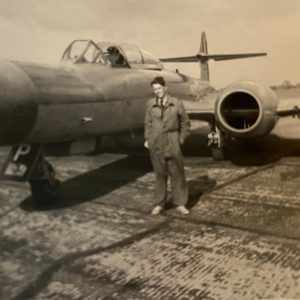 Serving in the Suez

He was involved in the Suez crisis that began in 1956 when Israeli armed forces pushed into Egypt towards the Suez Canal which the Egyptian president had claimed national ownership of the canal causing issue for international oil transportation.

On a period of leave Clive came home and met his future wife Anne, on his return to service they continued to write separated by his duties for his country. In 1958, Clive decided he could be apart from his love no more, as he left active service in the RAF to marry Anne.

Together Clive and Anne had two children, Paul and Karen as Clive put his mechanical skills to work at a printing works in Slough. 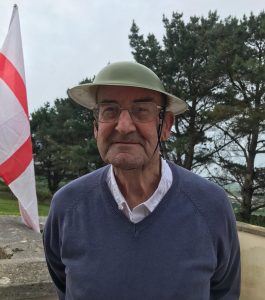 Clive is now a well-loved and valued member of the family at the home in Barnstable where he lives with a dementia. Clive’s days are filled with storytelling of his time in the RAF, sometimes with his son Paul, who says his father is ‘very well cared for at Heanton.’

The team love hearing about Clive’s exploits and the pride that he feels when he reminisces upon the subject. This knowledge comes from the ethos in the home, to absorb themselves in the life journeys, past occupations and identities of those who live within the home. They are able to connect because of what they know, and in turn the Heanton family experience feelings of self-worth and value while sharing in these moments.

This Remembrance Day, we remember not only all those who have fallen so that we may live freely but also all military servants who put themselves in danger for the good of those who they sought to protect, of which Clive was one.